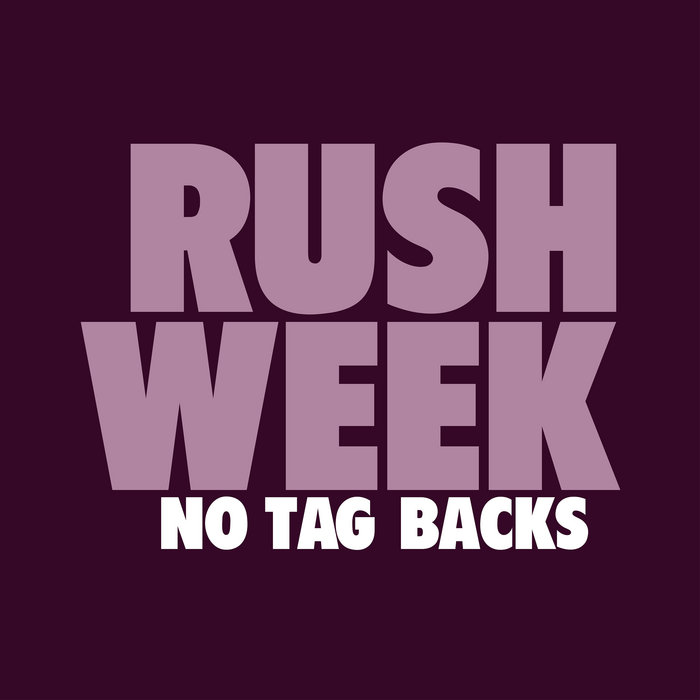 This Single is only available in digital format

"No Tag Backs" is the first advance song of "Past Lives", the new album by RUSH WEEK: bit.ly/2X8ASe6

Two years after that fantastic debut album that was “Feels”, Rachel K. Haines and the producer James Benjamin Thomas are back with new songs, advancing what will be their imminent new album, “Past Lives”. On these songs, they continue to update the Nu-disco and R&B sound through elegant harmonies, with a certain melancholic pose, but full of vitality. As proof, we have this exquisite “No Tag Backs” (an expression that refers to unreturned sexual favors), with a powerful chorus, open production, that moves in multiple directions (we could be talking about Sia, Lorde or a sophisticated Dua Lipa, or think of the harmonies of ROXY MUSIC). Deep bass but without it overwhelming the music, a very direct eye toward the dance floor, and those melodies that rise up and penetrate your entire being.

Verse, pre-chorus, chorus. Simple, solid, magic. These three friends who are experiencing an unforgettable, inimitable summer day, filmed by Santi Capuz for the video, perfectly represent that mix of euphoria, vitality and melancholy that we were talking about.

And as a gift, on the B side of this Digital Single they give us this absolutely surprising version of the enormous classic that is “Just Like Heaven” by THE CURE. Very far from the original parameters, they revisit that powerful melody with a flirtatious and absolutely charming attitude.

An exquisite sound and an unquestionable savoir-faire make RUSH WEEK one of those bands that are a guaranty in and of themselves. Soon, “Past Lives” will be here and you will be able to see for yourselves.