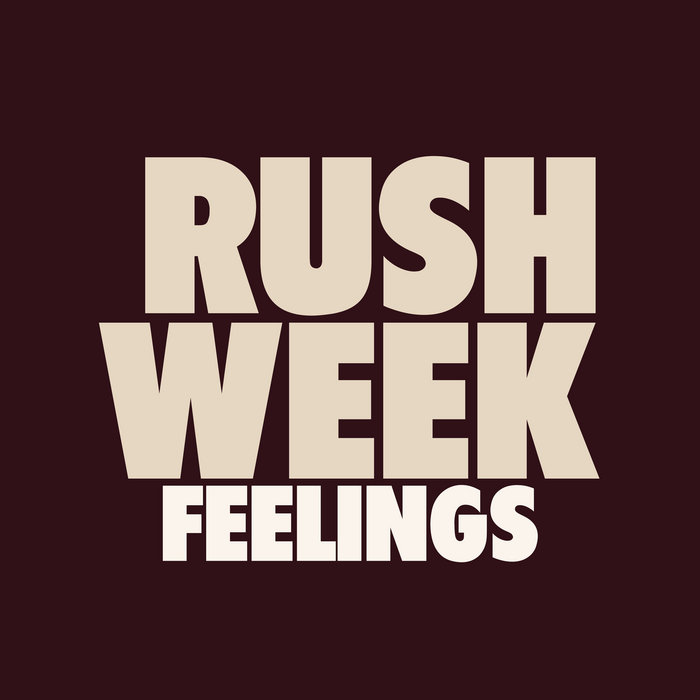 This Single is only available in digital format

"Feelings" is the advance Single of "Feels", the debut album by RUSH WEEK which is released on 6th April 2018. You are welcome to do your pre-order clicking: bit.ly/2oTNQeo

It’s always exciting, and equally difficult, to introduce a new group to the general public. How do you figure out in words what their music is and express it to receptive ears in a way that doesn’t demystify it or seeming grandiloquent? But we enjoy exploring new, different worlds, like the one RUSH WEEK offers. The duo from Philadelphia was formed in 2016 by Rachel K. Haines and the producer James Benjamin Thomas, who update the NU Disco, Soul and R&B sounds from the end of the seventies and beginning of the eighties. Their first album, “Feels”, sounds like the elegance and melancholy of ROXY MUSIC and TALK TALK, modernized with ST. VICENT, Étienne de Crécy and JUSTICE, with an irresistible pop filter that brings it closer to TENNIS’ more recent songs, and that also feeds the dance floor. To start things off, “Feelings” breathes life into the New Jack Swing, and gives it a sense of mystery and of emotional strength, like a version of THE XX full of light. It’s just enough to express an abstract, intangible, but powerful feeling.

About the Video-Clip:
“Feelings’ idea right from the start took me straight to American indie films from the 90s with Gus Van Sant and Larry Clark, and also to the latter’s photography, whose “Tulsa” series has always been a reference for me, but in this case I didn’t want the characters to end badly, they’re just lost, but also in love, and the song has that positive energy that called for love and adolescence to prevail over everything else. Without forgetting that it is 2018, I decided to look for a group of today’s young actors. Who listen to different music and who love each other a different way. I gathered different stories together, from the point of view of special characters – like a teenage werewolf who never experienced love until he met a loner who is full of love, and a group of boys and a girl for whom gender does not exist as such. I wanted to explore fears and doubts, but from a very optimistic point of view, without focusing on the darkness that adolescence entails. And even though there are references to the here and now, even to ways of dancing, I didn’t want technology to be present. That’s why in a lot of scenes you don’t know if it is an image from 2018 or from 1994”.
Juanma Carrillo (Film Director)